All vacancies on the Court are filled by the appointment of a Liveryman to the office of Assistant. To be appointed Assistant, a Liveryman must have served as a Steward for a minimum period of one year.

Those interested in joining must be proposed by a Liveryman of at least 5 years standing, and seconded by a member of the Court, both of whom must have known the candidate for at two years.
Liverymen are entitled to attend all functions of the Company apart from those reserved for the Court. They are also entitled to vote at Common Hall in the elections for Lord Mayor at Michaelmas and the Sheriffs on Midsummer Day.

The Learned Clerk is the Company’s permanent Executive Officer, and is the ‘outward face’ of the Company. He has overarching responsibility for the Clerk’s office.

The Assistant Clerk is responsible for the day-to-day administration of the Livery and the organization of the main events.

The Beadle is responsible for all things ceremonial.

Potential Liverymen must attend at least one company event, then take the Freedom of the Company after a special interview, apply for and take the City Freedom before applying for and taking the Livery at a historic ceremony before the Court. 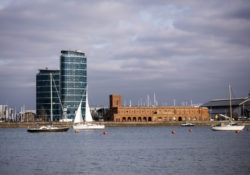 Kent-based Copper Rivet Distillery believes that demand for hand sanitisers will grow exponentially once lockdown has ended…. …and that their stunningly beautiful distillery beside the River Medway in Chatham will continue... 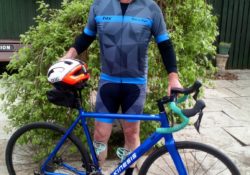 For inspiration on what to include in my blog I normally turn first to my past month’s diary and  am always surprised at how quickly time has passed and how many...

Dear Liveryman, Further to the recent communication from the Master, I am now informing you of the fundraising initiative being undertaken by the Distillers’ Charity (no 1038763) for The Drinks Trust,...