The treat of playing at Sunningdale, courtesy of Brian Morrison, had been much anticipated and was greatly appreciated

As we warmed up on the putting green Nathan took the opportunity of shaking the hand of Miguel Angel Jimenez, who was there for some promotional purposes. It was to serve him well!

Nathan blistered the ball off the first tee, a shot of which any pro would have been pleased , narrowly missed his birdie putt and immediately went one up.

It was some surprise therefore, not least to himself, that after 5 holes Keith found himself 2 up, thanks mostly to Nathan finding some unfortunate lies in the gorse and the odd ditch. but the magic was about to return, and striking the ball wonderfully from tee to green Nathan won the next eight holes, his 35 shots being only  three over par. A great performance which led to hands being shaken on the 13th green, in truth with Keith grateful to have lasted that long!

Graham Franklin had walked with us as umpire, and took over from Keith for the remaining holes in the hope of doing better, but Nathan was relentless and his ball striking was a joy to watch, with the future of Distillers golf being assured for the next 30 years or so.

The match was the 51st arranged in the Southern KO and Plate competitions this year, with only around ten being conceded, better than in past years. All who played have expressed their gratitude to Graham for his fantastic efforts to make the competition work. The KO was his idea originally and when challenged as to whether it would work insisted he would ensure it did. And he has, with all our grateful thanks

The 1st hole is a par 5 and both players started with two fine shots down the fairway. However Bruce left his third shot short & his fourth wide of the hole on the green while Bob put his into the bunker and then splashed out to 3 feet and holed his putt for a sandy par. One up to Bob.

On the second another solid hole by Bob with two good putts won the hole.

Bruce’s drive on the 3rd found a nasty lie in the heather from which he could only move it a short way into a bunker to give Bob an advantage playing his second shot. Although Bob missed the green he was able to get down in three more to win.

Three up after three holes.

Bruce fought back to halve the fourth and win the 5th with some excellent play, avoiding bunkers, a pond and heather while Bob found the pond.

The 9th started badly for Bruce with his drive finishing in an unplayable lie in the heather on the edge of a bunker. However his recovery to just short of the green and then a pitch and one putt won him the hole.

4up at the turn became 5up at the halfway hut thanks to an excellent recovery shot from the heather by Bob followed by a pitch and one putt.

The traditional Sunningdale sausage sandwich inspired Bruce to produce his best drive to the day to clear the long carry over the heather whereas Bob fell just short in a large and wild bunker. Hole won by Bruce.

However holes were running out and two more holes to Bob saw him the winner by 6&4 after excellent golf throughout with very few mistakes and solid two putts on every hole.

A match played in excellent spirit by both players & we were lucky with the weather.

I hope you are sitting down!

Nigel and I were straight out of the blocks. Having only concluded his semi-final on Friday, Nigel called and emailed me on Saturday morning and we put our heads, and diaries together and soon discovered there was no better time than the present so to speak.

So we enquired at courses in St Andrews, Gleneagles and Kinross, all being equidistant from our respective starting points and ended up securing the Bruce course at Kinross today.

The forecast wasn’t ideal but the will was there and we were rewarded.
After each undertaking 3 hour drives we commenced battle at 11.10am.
The sun was breaking through and the course was lush.

Nigel was giving up 11 strokes to me (Nigel playing off 5 and myself playing off 16). On the first Nigel had a regulation 4 while I had a slightly more unorthodox 4 holing a downhill swinging put of 15 feet, and with a stroke took the hole. I snatched the second but Nigel secured the 3rd with a solid par. The 4th was scrappy from us both but Nigel secured it to level the tie.
The 5th was halved before I secured the 6th with a great deal of luck and the help of a tree! The lead wasn’t to last though and Nigel bagged the 7th to level the match again.

There weren’t to be many halved holes from here on.
The 8th and 9th went in my favour with some steady play and the help of my strokes and I went into the back 9 2 up. I extended the lead to 3 before Nigel hit back with very good solid golf and 3 unanswered holes to once again level the match.

I secured 14 with a nett par to retake the lead and on 15, Nigel was to get a bad break with his tee shot finishing close to a tree trunk and he couldn’t advance it far due to the branches of the trees. Meanwhile I had found the fairway and then the front edge of the green and put my putt dead for a 4 nett 3 and a 2 shot lead.

We were to half the par three 16 leaving me dormy 2.
The 17th tee placement makes the hole look very tight and encourages you to play right. I duly complied and ended up behind a copse of trees! However I had my final stroke in hand on this hole. Nigel struck another good drive but was also went right and clipped the trees on the edge of the fairway leaving him with no choice but to advance the ball down towards the green. Meanwhile I had to take my medicine and knock the ball sideways into the open where I could see the green. At this point the heavens opened and we scurried to display the branding of our respective companies as the umbrellas went up.

A sclaf (what a great term) with my 3rd handed the advantage to Nigel however, Nigel misjudged the downward slope and shot through the steep green and ended 12ft through the back. We both corrected our actions and both ended on the green in 4. With the rain getting heavier I lined up my uphill put and then reluctantly left the protection of the umbrella. I struck it positively and the hole was there to catch it for a 5 nett 4 Nigel could only match the 5 so the hole and the match was mine. As we walked in the rain stopped and the sun shone again.

With the return 3 hour drives ahead of both of us we agreed to enjoy a dram at the Scottish dinner on the 12th so said our fairwell’s.
A huge thanks to Nigel for being so supportive and committing to getting the tie played and for travelling to Kinross. His company was excellent and I look forward to visiting the Lakes Distillery to see the updates they have undertaken. I hope journey home was uneventful and pleasant and your wife made it home safely given the issues with the flight delays caused by the French air traffic control systems going down. 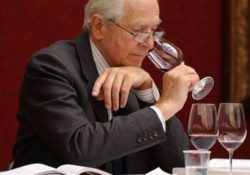 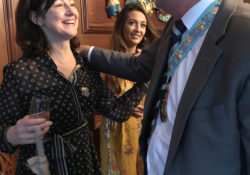